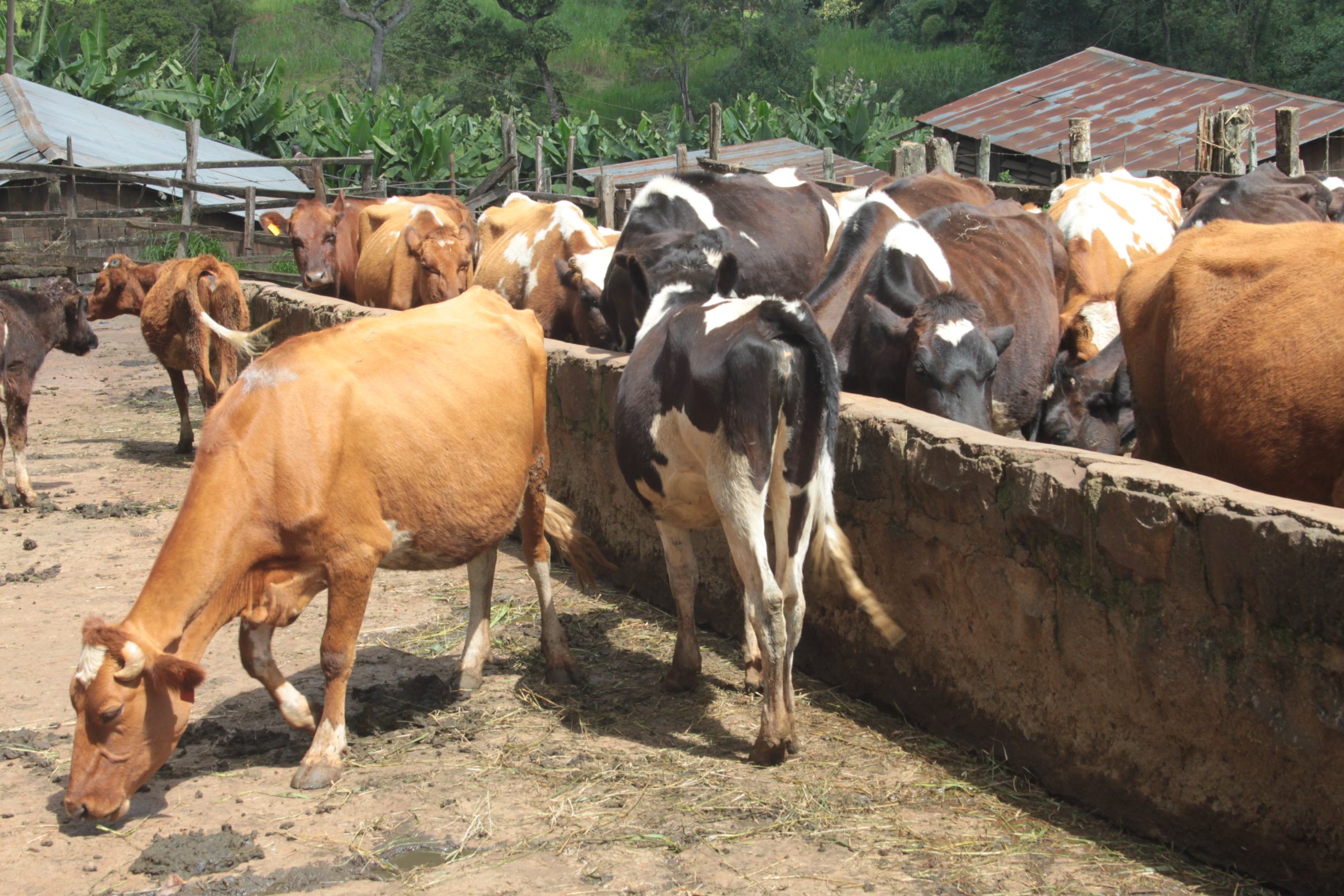 Animal husbandry is the branch of agriculture concerned with animals that are raised for meat, fibre, milk, or other products. It includes day-to-day care, selective breeding and the raising of livestock. Husbandry has a long history, starting with the Neolithic revolution when animals were first domesticated, from around 13,000 BC onwards, predating farming of the first crops. By the time of early civilisations such as ancient Egypt, cattle, sheep, goats and pigs were being raised on farms.

Major changes took place in the Columbian exchange when Old World livestock were brought to the New World, and then in the British Agricultural Revolution of the 18th century, when livestock breeds like the Dishley Longhorn cattle and Lincoln Longwool sheep were rapidly improved by agriculturalists such as Robert Bakewell to yield more meat, milk, and wool. A wide range of other species such as horse, water buffalo, llama, rabbit and guinea pig are used as livestock in some parts of the world. Insect farming, as well as aquaculture of fish, molluscs, and crustaceans, is widespread. Modern animal husbandry relies on production systems adapted to the type of land available. Subsistence farming is being superseded by intensive animal farming in the more developed parts of the world, where for example beef cattle are kept in high density feedlots, and thousands of chickens may be raised in broiler houses or batteries. On poorer soil such as in uplands, animals are often kept more extensively, and may be allowed to roam widely, foraging for themselves.

Most livestock are herbivores, except for pigs and chickens which are omnivores. Ruminants like cattle and sheep are adapted to feed on grass; they can forage outdoors, or may be fed entirely or in part on rations richer in energy and protein, such as pelleted cereals. Pigs and poultry cannot digest the cellulose in forage, and require other high-protein foods.